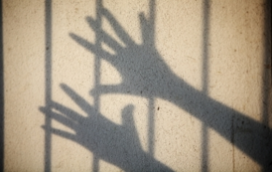 The Council of Europe’s Committee for the Prevention of Torture and Inhuman or Degrading Treatment or Punishment (CPT) has published today the report on its ad hoc visit to the United Kingdom, which took place from 13 to 23 May 2019, together with the response of the United Kingdom authorities.

This targeted follow-up visit to England focussed on the persistently high levels of violence in the local male adult prisons and juvenile detention centres, as well as on broader concerns regarding regimes, the use of force, segregation and use of means of restraint. The visit followed up on serious concerns raised in the CPT’s report on the April 2016 visit to the United Kingdom, as well as during high-level meetings with Ministers in April 2017.

Overall, the CPT notes that various elements of the prison reform programme had progressed, and that some concrete measures had been taken to tackle the lack of safety in prisons and to begin to structurally overhaul and reconceptualise the youth justice detention framework. Nevertheless, the CPT found that in 2019 the prison system remained in deep crisis.