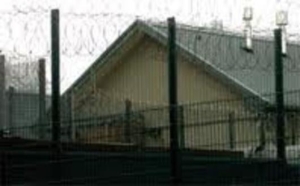 According to reports in the press, Christine Case was heard calling for help and had complained of chest pains shortly before she suffered a heart attack. The emergency services were called around 8am but she was pronounced dead at Yarl’s Wood at 8.47am. The centre, run by Serco on behalf of the UK Border Agency holds up to 405 women and their families and its healthcare is contracted out to Serco Healthcare.

The authorities have been sparse with their details about the death. On 31 March, the Home Office press office told IRR News: ‘There is due to be a question answered on this by a Home Office minister in the Commons shortly. We do not have a press release on this.

If you watch BBC Parliament, you can see the question being answered.’ And immigration minister James Brokenshire didn’t tell parliament very much either. He offered his ‘very sincere condolences to the family of the woman who died’, and added that: ‘Once police inquiries are concluded, the established process is that the prisons and probation ombudsman will begin an investigation.’